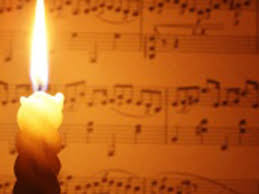 There is something about song which is inextricably linked to emotion! And it is not one single emotion that makes us sing .. but the whole range of human emotions. Consider the times when we have sung as human communities!

In the chain gang songs of the African American Spirituals … the emotion of slavery giving birth to songs of defiance and hope and unity.

In the battle songs of soldiers going to war … the emotion of fear giving birth to songs of courage and fortitude and comradery.

In the dirges and death marches of funerals around the world .. where the emotion of grief and loss is expressed in songs of consolation, lament and mourning.

In the hymns and christmas carols of our own seasons of celebration … the emotion of joy and hope giving birth to songs of unity, nostalgia and worship.

Human emotion has always given birth to song .. whether in love and praise or in loss and anger .. emotion pours forth through our songs.

Perhaps one of the greatest single dangers then in our communities and villages today is that we should ever stop singing!! Can you imagine it? A village school where children did not sing their songs on the playground or in their Christmas choirs! A village pub absent of music when the community gathered around its tables to drink to good health and shared prosperity. A village church where no-one gathered on a Sunday to hear the sound of the organ starting up before the congregation raised its voice in worship.

Such a future is unthinkable but unless we make time to sing our songs it is always a possibility. For unless we make time to gather the songs will not be sung. Unless we give time to our children to teach them songs to sing in their journey through life they will lose that gift. Songs of truth and love passed down from generations could be lost unless we gather and pass them on. Whether hymns or folk songs .. our singing could stop without us making an effort.

This evening we have made the effort to come and hear the songs of our community. To join in those songs .. and to remember the deep significance of song in the human story. To be reminded that 2000 years ago now our Christmas story reveals to us the deep connection between song and human emotion. As Elizabeth was told she would have a child in her old age she burst into song .. a song of relief and joy and celebration .. as Mary was told she was to have a child she burst into song .. a song of fear and hope and faith. People of faith are called to sing. Religion is not a dusty tradition but a living hope with songs at its centre. For the Divine message to our world was proclaimed in song as the angels formed choirs and sung a word of peace between the earth and its Creator.

So let us not give up on singing songs .. songs or hope, songs of worship, songs of loss, songs of anger and outrage, songs of comfort and celebration. Let us be bothered to sings songs together in our schools, in our pubs in our churches and our homes .. for it is what our humanity is built on .. and it is a gift from God that we should never neglect. The invitation of God to us all is to gather and sing songs in 2018 in recognition that the year will be one full of emotion and that this is a good thing if it is turned into song!

View all posts by dougheming